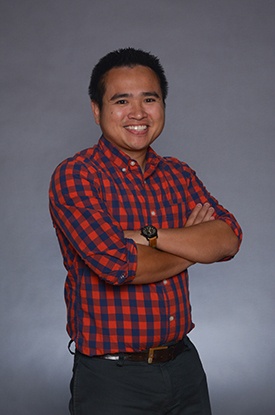 At the end of every school year, Whitby seventh and eighth graders travel to the Dominican Republic to perform community service, immerse themselves in the Spanish language, and explore a new environment. This year the students helped out at the Mariposa DR Foundation and have been documenting their experience. The following posts are written by various students who were on the trip. (Click here to read part 2, featuring Days 4-6.)

Imagine stepping off an airplane to hear the sound of music playing, but not just any music: the tropical music of the Dominican Republic. There was a band when we stepped off the plane that was playing beautiful music to everyone who went down the stairs and when I first heard it I thought it was amazing. It was like stepping into a whole new world for I had yet to admit that I was in the Dominican Republic and I was a bit overwhelmed. It was like having a wake up call! We then took the bus to the hotel and met up with everyone from Mariposa, which was amazing. Everyone was so friendly and so nice and I didn't really expect to have something like this. The experience of meeting everyone and being introduced to the foundation was beyond my expectations. There was artwork done by the kids and it was phenomenal, they showed us rooms where they can dance, play music, learn to sew, and their library.

They even have a few cats that played around with everyone. We didn't see any of the girls from Mariposa because they weren't there today, so that was why we had a tour instead. When I first stepped off the bus to see the organization it was amazing, there was a little sign that said "Welcome Whitby!"

After introductions we got a tour. They have a pool for the 120 girls who are part of the organization. In addition, there are about 30 girls outside of the organization who are sometimes there for classes. I had two tour guides who told me the history of the Mariposa plaza and they said that they named every single classroom after a famous female activist who has helped change the world. The rooms are named this way to empower the girls who are ages 8 to 18, ages when they are most influenced. Outside of each classroom there was a drawing of the activist that the room is named after. The drawings were done by an artist because they wanted the girls to experience art and it was... I have to say... I know I'm saying amazing a lot... but this experience was just unbelievable (thought I was going to say amazing, didn't you?)

I really can't wait for tomorrow, to wake up, and get ready to see and meet all the girls.

By Seby and Max, Grade 8

Today we woke up, ate breakfast, and headed back to the Mariposa Foundation center. When we first got there, we saw many little girls who were very excited to see us. The first activity our group did was take a tour of the community in Cabarete. We saw many poverty stricken people in their houses living their everyday life. While walking through the community we noticed that even though some of the people in the Dominican Republic live in poverty, they can still be happy.

It was definitely an eye opening experience. The first thing we noticed was how close the houses were. This forces everyone to interact with each other which in turn helps to build a stronger sense of community. We also noticed that everything was a process. An example of this is how they cook their food. It was way more sophisticated than the way we cook food in America. It was amazing to see how happy they were.

When we came back we participated in many activities like dancing, baseball, and learning about the Mariposa Foundation and how they empower young women. Later, we ate dinner at the Mariposa center and had a dance party while listening to native Dominican music—Merengue and Bachata. Overall, I would say this was an excellent day of learning about new cultures and meeting new people.

Today we woke up and had a delicious breakfast of crepes. Next we went to the Mariposa center and did three activities before having lunch. First, after splitting up into groups, we played kickball with the Mariposa girls. After that, we played a game that involved being able to Hula-Hoop while walking and writing out Spanish vocabulary. Finally we made art and shared our work with the group by describing what emotions we intended to convey based on how we felt.

As the sweat trickled down my forehead, the hot Dominican sun was beating down from straight above as I took a gulp of cold water. Slowly my throat was soothed by the water gushing down. My eyes skimmed the blue tables where the Maripositas and Whitby students sat. I listened to our group leader Mary Jane. She held up the sheets of paper that were for our next activity. I was able to understand most of what she was saying. "Voy a aprender" she repeated. "I will learn" not "no sé (I can't) there is no wrong in this activity. Even if you mess up you have to keep trying."

She said again the things she repeated the days before about trying our best and never giving up. But something caught my attention. "Each paper is a tree. If you mess up, use your creativity and make something out of that." I've heard of learning from your mistakes, but this was different; using your imagination and creativity because of a mistake can make something even more beautiful. I never thought about it that way. As I held the plastic cap between my fingers, I told myself that for the rest of my life, I want to be as positive, as welcoming, as kind and as aware as I was in that moment. That, and to make sure I live life to the fullest every day. I picked my beaten up bottle off the ground as I picked up Mary Jane's voice once again. "Use your imagination and make something beautiful."