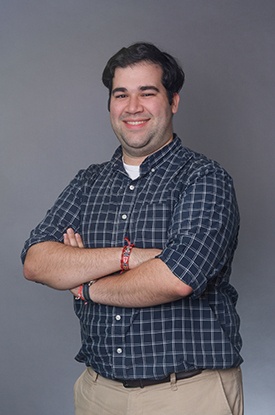 Think back to when you were learning a foreign language in school, and you’ll probably remember the teacher droning on about conjugations and other grammatical structures. Language learning has begun to progress from traditional rote memory and repetition techniques, to allowing students to learn new languages as if they were being raised in them.

Schools have begun to move into a language immersive style in which students develop an awareness and confidence in language production. This type of learning allows students to obtain important life and linguistic skills at a younger age. In fact, world languages are integral to the curriculum at Whitby, with Spanish being taught as early as 18 months in our Children's House and Mandarin being offered in our Primary program.

As children mature and gain the basic ability of communicating in a language, they can then spend time learning grammar more explicitly. This is the way most of us have been raised; first we have been allowed to grow comfortable in our mother tongue, and then school helps us to hone in on the finer details of language.

I was very fortunate when I started learning a foreign language. Though I had grown up speaking Spanish at home, it wasn’t until my sophomore year in high school that I began my language journey with French.

I was inquisitive about the language and my teacher fed that curiosity… and it wasn’t with a textbook. I clearly remember visiting my teacher at lunch to listen to songs from the play Notre Dame de Paris.  By listening to the music, I was able to pick up new vocabulary words.

Meanwhile, listening to French rap songs helped me pick up French slang and appreciate the quicker pace of the language. 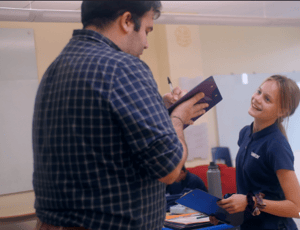 My teacher knew that language learning wasn’t limited to textbook pages; it was living the language, listening to it, and speaking it every chance I got. Later, in college, my passion for language flourished and I studied Russian, Mandarin, and even my own native Spanish. All my professors used a common element in their teaching style – creating a love for language through real world application. As language teachers at Whitby, we employ this same technique to create a genuine interest for language learning in our students.

Success in high school French gave me the confidence to take risks in college when learning languages. Now, imagine opening this for someone much younger. Beyond simple rote and repetition, language immersion ultimately gives students the ability to eloquently express themselves in another language. This, in turn, opens the door to empathy, cultural understanding and exchange, creative problem solving, and promotes general awareness of our fellow world citizens.

As our world grows smaller due to our interconnectedness via technology, it is imperative that we give our students the ability to communicate in other languages. By doing so, we are enabling them to view the world as more than just a singular entity, and reminding that we are tethered to others by way of our culture, values, religion, and languages.

Luis Ariel Rivera is an Upper School Spanish teacher at Whitby School. His interest in language learning was sparked in high school after taking French and later furthered his love of all foreign languages in college after majoring in Russian. When Luis isn't trying to learn all the languages of the world, he enjoys traveling abroad and researching his family's past.