Yes, This 14 Year Old is Empowering Girls Across the World through Parkour 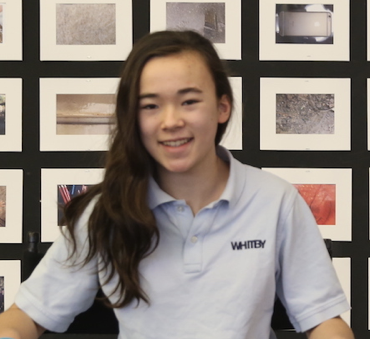 Share
Like a girl. These are three words that I and countless other girls have heard over and over again. Three words that diminish our accomplishments and make us feel unequal and that somehow what we do is inadequate to boys. Three little words that carry unimaginable weight. But this isn't something that has to stay the same, and it shouldn't. What if we can turn those three words into a positive, where "like a girl" embodies confidence, empowerment and equality? There can be change in this world if we take action, one step at a time.

I've been practicing Parkour for about seven years and it's become one of my biggest passions and a significant part of my life. At first, I felt intimidated in class. Aside from my sister, I was the only girl in class. I was nervous to try new flips and jumps at first. Even today, I'm still scared to do certain tricks because I second guess myself being in an environment that is mostly surrounded by boys. But since the time I began, I've become a lot more confident in what I can do.

For my eighth grade Community Leadership Project, my goal was to empower girls to try Parkour and free running through film — two sports that are generally practiced by boys. I wanted to show other girls that through these sports, they can become risk takers while building confidence, creativity, and a positive mindset. And while these qualities would be built through Parkour and free running, my goal was to have these crossover into girls' everyday lives in society.

Over the years, I've connected with girls from around the world who are also passionate about Parkour and have had similar feelings and experiences to me. I asked them to send me video clips of them doing flips and other tricks while talking about their opinions of gender equality. I thought it was important to include a wide diversity of voices in my video to relate to the largest amount of girls possible. While some girls didn't reply and others sent me their clips too late, I had an incredible response. I heard from girls from all across the United States and from around the world in countries like England, Australia, Norway, Sweden, Austria, and The Netherlands.

I've uploaded this video to YouTube and have already gotten more than 800 views. I hope to get as many girls as I can to watch it. While spreading awareness is a big goal of mine, it's not the only one. I'm also focused on spreading the importance of encouragement and motivation. Gender equality isn't a new fight, and it's not one that's going to be solved completely anytime soon. And with every action we can take, and every person we can involve, we're one step closer from changing the meaning of the three words "like a girl" to something we can be proud of.

In addition to Parkour, Seneca is also passionate about theater. Watch our interview with Seneca to see how Whitby's Upper School theater program has furthered her confidence, passion and collaboration skills.
Curious to learn even more? Schedule a tour of our middle school program to see how Whitby empowers students such as Seneca to pursue their passions and make an impact on the world.
Share

Seneca is a Grade 8 student at Whitby School who is passionate about theater, parkour and free running. She is on a mission to empower and inspire girls across the world through parkour.