A recent study by Dr. Thomas Bak — a lecturer at Edinburgh's School of Philosophy, Psychology and Language Sciences — shows that young adults proficient in two languages performed better on attention tests and had better concentration than those who spoke only one language. Dr. Bak tested 853 participants in 1947, when they were all 11 years old. They were retested in 2008 and 2010, when they were in their early 70s. He found that those who became bilingual performed better than expected. The strongest effects were seen in general intelligence and reading. The results showed that learning a new language in adulthood still has positive results, meaning there’s never a reason to feel too old to gain the cognitive benefits of learning a new language.

Language learning helps improve people's thinking skills and memory abilities. Bilingual students concentrate better, ignoring distractions more effectively than those who only speak one language. “Because the language centers in the brain are so flexible, learning a second language can develop new areas of your mind and strengthen your brain's natural ability to focus."

There is another study conducted in Sweden which helped visualize the benefits of learning a new language have on the brain. The researchers conducted the study on two groups of scholars: one that studied languages and another that studied proportionately rigorous non-linguistic subjects. The MRI scans showed that the brains of the participants studying languages increased in size, while the brain sizes of the other group remained the same.

“As a language learner, you'll not only become a more conscious thinker and listener who can communicate clearly and think creatively, but you'll also gain the most significant benefit of multilingualism: a broader, more global perspective,” writes Dan Roitman of Pimsleur in the Huffington Post.

In a 2009 study led by Agnes Kovacs of the International School for Advanced Studies in Trieste, Italy, seven-month-old babies exposed to two languages from birth were compared with peers raised with one language. The study showed that the infants raised with two languages from birth displayed improved cognitive control abilities compared to their monolingual counterparts. 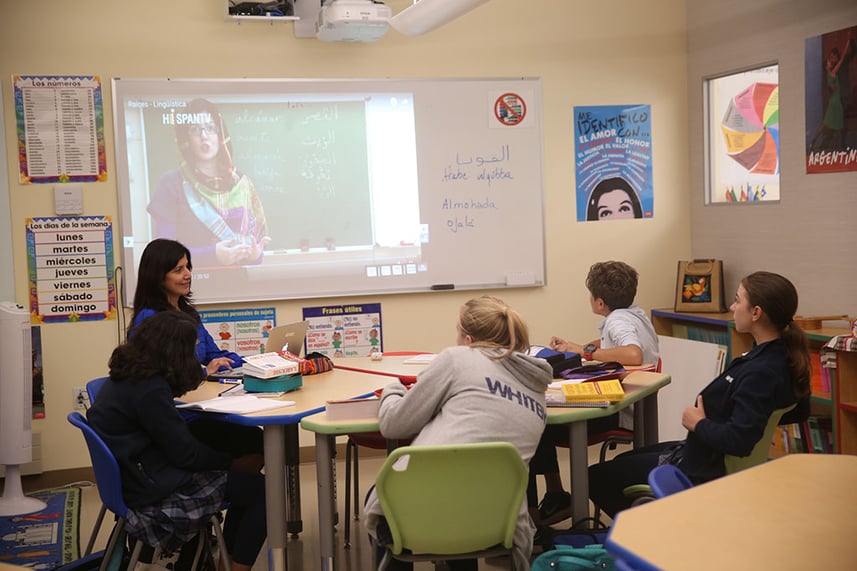 The studies suggest the bilingualism improves the brain’s executive function. It helps with ignoring distractions to stay focused, switching attention willfully from one thing to another and holding information in mind. Learning another language is one of the most effective and practical ways to increase intelligence, keep your mind sharp, and buffer your brain against aging.